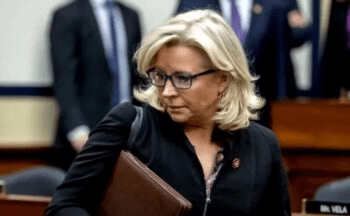 It certainly goes without saying at this point, but mainstream media outlets are nothing – absolutely nothing – except propaganda machines for the Democrat Party.

Their every story, broadcast, headline, and news segment all contain a level of bias previously considered unethical and against proper journalistic practices.

Every pundit on CNN, MSNBC, CBS, ABC, et al have all revealed themselves to be body-snatched, anti-Trump whack jobs whose brains have melted as a result of his presidency.

The latest installment in this ever-evolving clown show clearly pinpoints the media’s demise.

CBS downplayed the findings of its own poll asking Americans how they would characterize the events in the Capitol on January 6, 2021.

80% of Republicans and 69% of Democrats described it as “a protest that went to far.” Even 70% of Biden voters characterized it that way.

But this was not the information CBS chose to highlight. Instead, after quickly noting, “People widely call it a protest that went too far,” its reporting turned its focus on more granular responses to the poll.

“Most Americans — including most Democrats, but just a fifth of Republicans — call it an insurrection and describe it as an attempt to overturn the election and the government,” wrote CBS.

It then presented a graphic that showed additional answers that respondents provided, including showing that 85% of Democrats chose “an insurrection” when given additional options for how to describe the day, while only 21% of Republicans did.

One year later, Republicans are far more likely to call what happened at the Capitol on January 6, 2021 "patriotism" or "defending freedom" than trying to overthrow the government or an insurrection https://t.co/fOPMWveNyZ pic.twitter.com/s3uKKseb5q

Meanwhile, “a protest that went too far” was the overwhelming favorite of the 2,046 Americans who were polled with 76% agreeing with that characterization of Jan. 6.

The second most popular result was “trying to overturn the election and keep Donald Trump in power” with 63%.

Both of those options were omitted in the graphic bolstered by CBS.

However,  “an insurrection,” which came at a distant third with 55% of Americans was kept in the graphic among the others which polled even less popular.

The actual results of the poll were then posted by a conservative journalist, who brutally exposed the graphic CBS created as a flat-out misrepresentation of America’s true thoughts.

One year later, Republicans are far more likely to call what happened at the Capitol on January 6, 2021 "patriotism" or "defending freedom" than trying to overthrow the government or an insurrection https://t.co/fOPMWveNyZ pic.twitter.com/s3uKKseb5q

Law professor Jonathan Turley said, “Despite the constant media mantra that 1/6 was an insurrection, the vast majority of polled citizens view it as a protest that got out of hand, according to a CBS poll. It is the latest example of the MSM in framing a narrative.”

The most accurate description (something along the lines of ‘violent riot’) isn’t even an option on this poll, which was pointed out by many online.

While liberals continue to obfuscate the truth in an effort to maintain their grip on power, Trump and his backing of GOP lawmakers are poised to regain congressional majorities and reclaim the White House.