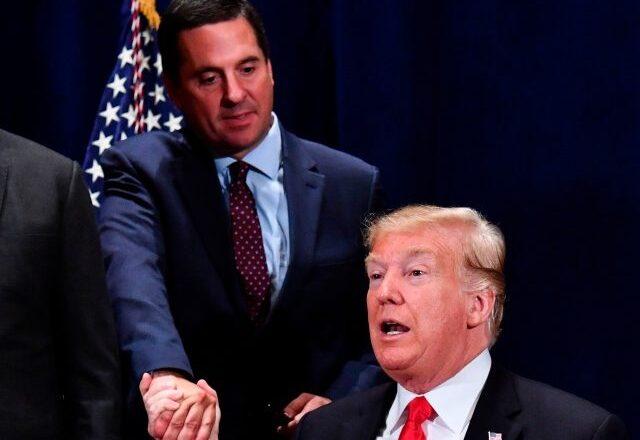 Nunes said Musk’s decision to back out was “no surprise” to him after following the saga for the past few months. Nunes added that he did not buy into the narrative that Musk would become a “savior” for Twitter and rid the platform of its censorship tactics.

“You know, everyday Americans just don’t use it. So With our competition for TRUTH social, we’re not just trying to be a PR wire. Obviously, people will put stuff out on, on Truth, like they do on on Twitter and Instagram and other places,” Nunes said. “But we’re trying to be a social networking place, we’re trying to be a place that’s totally open, where people have fun, that’s family friendly.”

Facebook and TikTok are more of a competitive threat to TRUTH Social than Twitter, according to Nunes.

Boyle noted that the company is not that far from reaching ten million total users and asked Nunes to talk about the growth of the new social media platform.

Nunes said the company’s growth is “phenomenal,” and they are trying to build a cancel-proof social media platform, unlike Parler, whose website went down after being restricted by Amazon Web Services.

“But, you know, we are building this company so that we cannot be cancelled by any tech tyrant. So everything we’re doing, we’re doing it slow, methodical, brick by brick, so that the platform can’t be cancelled by somebody like Bezos, Amazon,” he said.

When talking about why he left Congress to work for former President Donald Trump’s TRUTH Social, Nunes said he and Trump were tired of the “un-American” social media censorship that you only see “in socialist, fascist dictatorships.”

He said, “And a lot of people ask me, you know, why did I leave Congress? And I often tell them that it was, real simple that, you know, President Trump didn’t need a new company. And I didn’t need a new job, but we both noticed, obviously, the President was completely kicked off of every social media platform. I mean, completely unAmerican and only the crap that you see in socialist, fascist dictatorships.”

He went on to say that an open Internet is one of the most important things for our country to survive.

“So I just don’t believe that this country survives, if you don’t have an open Internet, and, so we’re here to open the Internet back up, give people their voice back,” Nunes said. “And I just thought it was a more important role for me to leave and take on this fight than it was to stay in the Congress. Because I just don’t believe if you don’t have if, if people can’t do basic communications with one another…”

He continued to criticize the political left for their rampant censorship of conservatives on other social media platforms. “So how can you have where one party, far-left party in this country, controls all of those social media companies? A republic cannot survive. And I think that’s the one thing that the fake news just can’t get their arms around. Because they wrote, they write so many fake stories that they actually believe them,” Nunes said.

Nunes also talked about California Gov. Gavin Newsom’s (D) recent decision to join TRUTH and how the platform welcomed him with open arms. However, he believes that Newsom and his team only joined the platform in an effort to be removed from there.

“He goes and he signs up, gets an account, brags about it, puts some kind of inflammatory and a left wing propaganda on there. And I really believe him, his team thought that President Trump and I were going to boot him off the platform,” Nunes said. “But instead we did the opposite. We welcomed him to the platform, I put out a welcome to Truth message, our TRUTH Social account welcomed him.”

Nunes said that TRUTH Social’s goal is to “make social media fun again” and emphasized that the platform’s focus is not just on the political realm.

“We want to make social media fun again, you will see on there that the pictures are very good,” he said. “The videos – we have great meme makers and video makers that do funny videos, and often, you know, that aren’t political.”