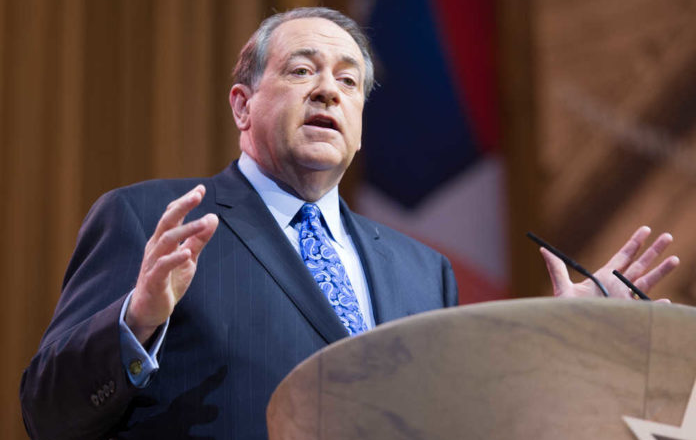 The U.S. Department of Justice had renounced all pretense of being an impartial executor of American law, insisting in public pronouncements that the U.S. Supreme Court erred when it relied on the Constitution in Second Amendment and abortion case rulings.

The DOJ implied that the judges should have sided with the Democrats’ political platform of increased abortion rights and gun control measures.

Reports show Mike Huckabee, a former governor of Arkansas, stated what many Americans are surely thinking: The leftists in Washington pose a threat to citizens.

The 44th governor of Arkansas and 2016 Republican presidential candidate Mike Huckabee confirmed in a commentary published on Real Clear Politics that a specter haunts our country that threatens to destroy American normalcy and tear the fabric of our Republic’s democratic way of life.

However, that danger does not originate with President Donald Trump, who is often seen as the target.

Huckabee warned that the Democratic Party sought to utterly undermine American law and order and use it as a tool to repress their political rivals. Pelosi is currently holding a series of show trials trying to blame President Trump for the riot at the Capitol on January 6.

According to reports, Pelosi had been warned but refused to respond to the threats of violence. Democrats did nothing to prevent it, preferring to exploit it as a pretext to suppress their political opponents.

The FBI was aware of violent internet posts before the riot. The Norfolk, Virginia field office of the bureau sent a report that highlighted one anonymous threat that warned of an impending conflict at the Capitol. The information was released just a week after CHP Chief Pittman acknowledged that there was a serious possibility of violence and that Congress was the target.
Huckabee stated that President Trump had considered mobilizing thousands of National Guard soldiers, but Nancy Pelosi rejected the offer. The CHP officers ignored the protestors as they poured into the Capitol building and, in some cases, removed barriers to let them in.

It’s difficult to contest that Pelosi and the Democrats gladly seized the opportunity to blame President Trump and the millions of law-abiding patriots who support him.

Will the Republicans set things right if they win big in the midterms?