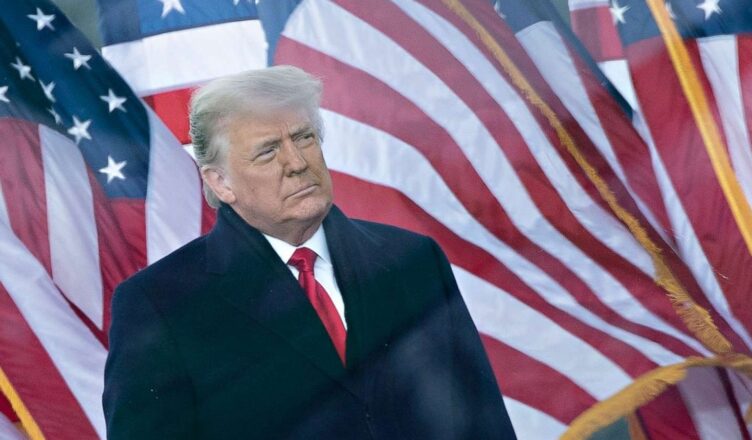 President Donald Trump shredded the “Unselect Committee of Political Hacks and Thugs” in a blistering statement shared to Truth Social on Sunday.

The Jan. 6 Committee, Trump said, “is yet another Radical Left Democrat Scam used to Criminalize Politics and try, against all hope, to change what will be totally disastrous results in the 2022 and 2024 Elections.”

The Jan. 6 Committee has been relentlessly investigating the media-labeled “insurrection” at the United States Capitol in 2021. The committee is comprised of highly partisan Democrats, as well as two “RINOs,” Reps. Liz Cheney, R-Wyo., and Adam Kinzinger, R-Ill.

Trump additionally demanded to know why the Jan. 6 Committee has refused to investigate the fact that “Crazy Nancy Pelosi rejected my strong recommendation, through the Secretary of Defense and others, of 10,000+ troops for Capitol Protection, three days before January 6th?”

A June Capitol Police memo confirmed that the Trump Pentagon did indeed recommend sending National Guard troops to the U.S. Capitol ahead of Jan. 6.

“By her lack of action, did she [Pelosi] incite the doings of January 6th?” Trump continued. “Was she, in fact, hoping for a Real Insurrection (one where they actually brought guns) thinking it would be a wonderful thing for her and her sick political ambitions?”

He added that the Jan. 6 Committee should be “immediately terminated unless and until they are able to answer this overriding question – why did Crazy Nancy not act?”

Additionally, Trump pointed out that Rep. Zoe Lofgren, D-Calif., who sits on the Jan. 6 Committee panel, failed to call forward witnesses to corroborate the wild testimony of Cassidy Hutchinson.

Hutchinson previously testified that Trump attempted to take control of a presidential SUV on Jan. 6, 2021. However, her testimony was swiftly debunked by Secret Service Bobby Engel and the presidential limo and SUV driver, both of whom were reportedly ready and willing to testify to counter Hutchinson’s over-the-top claims.

“Things and statements could be easily proven,” Trump went on, “but they don’t want proof, because there is none, so they didn’t ask Witnesses for corroboration.”