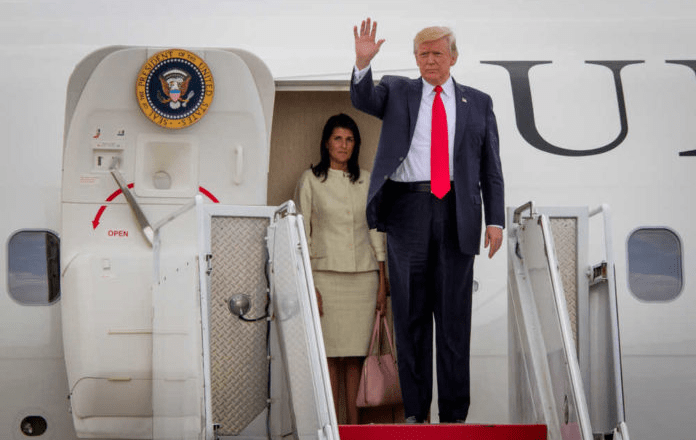 Over the weekend, the New York Times reported that “sources” are suggesting that former President Trump may be considering jumping into the 2024 presidential race earlier than expected, maybe even before the November midterm elections.

The “sources” didn’t provide any specifics. Instead, they only said there have been “discussions” about an early launch and some people are “preparing” and “laying the groundwork.”

According to the “sources” who spoke with the Times, the former president has hinted that he might reveal his 2024 plans via social media without giving his team notice. So Trump staffers are rushing to prepare a campaign apparatus just in case he does.

CNN also reported over the weekend that Trump told some “allies” that he would like to start his official candidacy as soon as July.

According to the New York Times, some Republicans are hoping Trump isn’t planning to suck all the oxygen out of the room by declaring his candidacy before the November midterm elections. They fear that a Trump 2024 campaign would shift the focus away from the midterms and place it squarely on Trump’s “daily conspiracy diatribes” about the 2020 election which Republicans believe “are sure losers.”

They have a point.

Initially, the former president said he wouldn’t officially announce one way or the other until after the November elections were over. Launching a 2024 run before voters even go to the polls in the midterms seems a bit hair-brained.

Then again, who’s to say the “sources” gossiping to the New York Times are reliable?

The Times does report that South Carolina Senator Lindsey Graham is one of the people urging Trump to announce sooner while RNC chair Ronna McDaniel has urged Trump to hold off until after the midterm elections.

Graham thinks an early announcement would force Trump to focus on policy issues rather than personal grievances. McDaniel, on the other hand, thinks a Trump 2024 campaign would “derail the party’s midterm messaging.”

According to the Times report, there are close Trump allies who are beginning to suspect the path to the nomination is a lot narrower and more difficult than Trump is willing to admit. Of most concern, the Times writes, is the “potential legal and political consequences” from the January 6 select committee hearings.