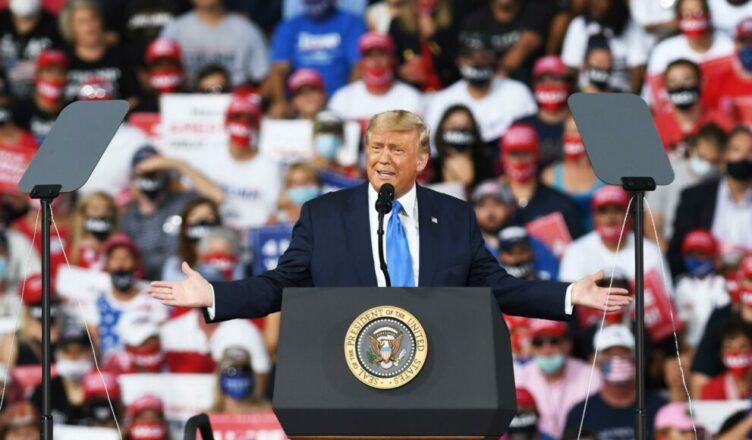 Trump, who easily won the straw poll vote at CPAC with 69 percent of the vote, outlined the MAGA movement’s path to taking back the country from the Biden administration and the Democrat Party over the next two years.

In a post on Truth Social Saturday, Trump said, “America’s comeback begins THIS NOVEMBER—and it will continue onward with unstoppable momentum to November 2024.”

According to The Hill, Trump described the November midterm elections as a “national referendum” on the Biden administration during his speech at CPAC.

Trump urged Americans to elect leaders that will promote an America First agenda and work for the American people. He said, “It’s time for leaders who have the courage to say what needs to be said and do what needs to be done.”

we are going to GET OUR COUNTRY BACK!

As long as we do not lose our spirit, our movement will NEVER be defeated—it will only get STRONGER with each passing day. Thank you CPAC! #MAGA” pic.twitter.com/3osXmWbJOS

The 45th president has been working tirelessly to help America First candidates win their primary elections. In the first week of the month, Trump touted a 45-0 endorsement record as his endorsed candidates won their elections in states such as Arizona and Michigan. Trump-backed Arizona gubernatorial candidate Kari Lake’s primary win displayed the importance of the 45th president’s endorsement.

“As long as we do not lose our spirit, our movement will NEVER be defeated—it will only get STRONGER with each passing day,” said the 45th president. “Thank you CPAC!”